What Came First: The Token or the SAFT?

On January 15, 2021, the SEC entered a settled order against Wireline, Inc., a financial technology company, for false and misleading statements in connection with the unregistered offer and sale of digital asset securities in the form of tokens. The tokens were sold through simple agreements for future tokens (SAFTs). While supporting the enforcement action against Wireline, Commissioner Peirce took the rare step of publishing a concurrence to express her view that the SEC and courts confronted with similar fact patterns have been wrong to treat digital assets and the SAFTs through which they were sold as a single event for purposes of the securities law analysis.

According to the order, between December 2017 and September 2018, Wireline offered and sold digital tokens to raise capital to develop a decentralized blockchain-based platform for “microservices” applications, or “a software-based marketplace enabling the buying and selling of computer services using tokens.” Wireline offered and sold the tokens through SAFTs and planned to distribute the tokens to purchasers when the marketplace was released to the public. Wireline told purchasers it would use the funds raised from the sale of the tokens to develop the platform and that the tokens would thereafter be used as the means of exchange in transactions between developers and end-users on the platform. Wireline’s offering raised more than $16 million from 28 investors, including investors in the U.S.

The SEC found that the tokens offered and sold were investment contracts under the Howey test because, in the words of the SEC, purchasers had “a reasonable expectation of obtaining a future profit based upon the efforts of others” insofar as “purchasers reasonably expected Wireline and its management to make efforts to develop the Wireline platform and create demand and market appreciation for the Wireline tokens, which had no consumptive use at the time” they were offered. The SEC found further that the tokens would have value only to the extent that Wireline successfully launched its network and created liquidity for the tokens and that “Wireline committed to take steps to ensure market stability for the digital tokens and made assurances about the tokens’ future liquidity, stating that the digital tokens would be tradeable on a third-party platform.”

It is noteworthy that while Wireline had filed Forms D with the SEC indicating that it intended to offer the SAFTs and tokens in an exempt private placement in reliance on the safe harbor in Rule 506(b) of Regulation D, the SEC found that Wireline did not qualify for this exemption because the tokens were offered through a general solicitation. Furthermore, while marketing the tokens, Wireline asserted that more than 100 developers were publishing applications to its marketplace, that its platform had been functioning in “private beta” for more than nine months, and that its token distribution was imminent. The SEC determined that these statements materially misrepresented Wireline’s functionality and progress.

Under the terms of the settlement, among other things, Wireline agreed to an undertaking to notify its investors that, as a result of the violations described in the order, it will not distribute the tokens sold pursuant to the SAFTs. Wireline was required also to pay a $650,000 penalty, which will be distributed to investors.

In her concurrence, Commissioner Peirce argued that the undertaking requiring Wireline not to distribute the tokens it sold incorrectly treats the tokens themselves as securities. Commissioner Peirce similarly criticized the Telegram and Kik courts for what, in her view, was the same error, that is, analyzing the sale of the SAFT and token distribution as a single event under the securities law.

To make her point, Commissioner Peirce used an analogy to the underlying facts in Howey, which famously involved the sale of fractional interests in orange groves together with service contracts to grow the oranges and bring them to market. The Commissioner argues that treating the tokens as securities is akin to treating the individual oranges in Howey as securities:

You cannot make a security out of an orange by citing to the fact that the groves that produced these oranges were originally developed and sold as part of an investment contract. In the digital asset context . . . the Commission and the courts that have evaluated the issue thus far have allowed the initial sale of a promise to deliver a future token in an investment contract wrapper to brand the promised tokens as securities upon delivery to the investment contract investors and perhaps in subsequent transactions too.

Although a token may not be a security when a reasonable purchaser is motivated to purchase by a consumptive intent, Wireline’s tokens would not have merely functional consumptive uses, even at distribution. Indeed, while the characterization of a digital asset can change over time, Commissioner Peirce’s analogy to oranges may give too little consideration to the tokens’ continuing role as fractionalized interest in Wireline’s enterprise, particularly since the tokens’ value would likely continue to rise or fall with Wireline’s success. 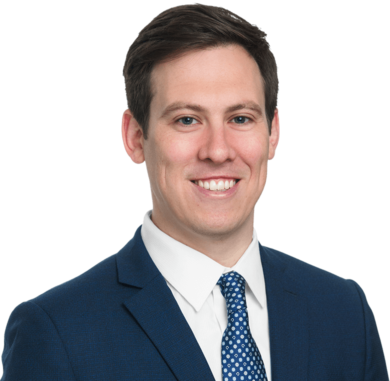